These are my opinions — insights and convictions from a critical moviegoer. Whether they’re in line with another person’s point of view or not, the point of the matter is: “Everyone is entitled to her or his own opinion.”

I made this article two days after watching the film, just to make sure I’ll be more on the critical side. I need to avoid the too emotional insights after having to sit through the very tiring chore of watching a very disappointing movie. This is pretty challenging to do for me as a production person who is from the same circle because I am aware that people who would most likely be part of the project, those who are somehow related to it, or those who may actually like it may end up seriously reacting against my review.

This picture is just but awful and I don’t exactly know how and where to start with this review. 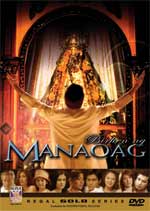 Saying it with a heavy heart due to my frustration — this is certainly one of the worst commercial films I have ever seen in my entire life.

At this point, I am taking the route of discussing more of the technical and thematic aspects of the presentation.

It is entirely frustrating that nobody from the production, or perhaps it’s just utterly tolerated, that Jodi Sta. Maria who plays a single mother making a documentary about miracles doesn’t even know how to use a video camera and record with it. A number of shots with her shooting a priest, a lady, and a few others are shot with the camera turned off — and clearly with the red notification light off. While this isn’t that much of a big deal since viewers not familiar with camera operation wouldn’t notice anyway, what becomes more annoying is how she points the camera lens to the neck, chin, or chest of her subjects. Actually, it is not entirely the actress’ fault, since even the edited cuts that establish her shooting her subject from nearby would show up on the next shot from the camera’s LCD screen as a long shot. In short, the way she handles the camera in her scenes doesn’t match the edited shots that show the supposed camera footage on screen.

Such simple things to work on for such a commercial film production with big on-screen and off-screen names, so why tolerate?

The cinematography is completely disappointing. The colorgrading doesn’t provide visual continuity in certain scenes. There are a number of seriously overexposed and underexposed shots. It is quite noticeable that constantly, the upper right part of the screen, especially the shots with considerably bright light sources, are all overexposed and far from the exposure of the other parts of the frame. Whether it’s a technical problem on the camera or the lenses, the lab processing of the films, or whatever caused these issues, there is really no excuse for such a very problematic theatrical presentation — the moviegoers are paying for their tickets! At some point while watching, I tried to contemplate if it’s a problem with the projector, but I really don’t think so. Besides, the trailers shown were all good.

Apart from the overexposed shots almost seen in the entire film’s upper right side, it is such a dismay to see almost all the establishing shots — including those at the hospital scene, school and CAT scenes, Spanish era scenes, and a number of others — are underexposed. They are too dark and grainy with less details and really poor lighting in ways that are obviously not intentional. Moreover, some shots including those in the procession of the “poon” (saint) and a shot at the church showing some lit candles have too much glare that are way too disturbing.

The camerawork from the framing of shots to the choice of angles, as well as the editing, are equally disappointing. In one scene where Joyce Jimenez smokes inside her room upon learning she would soon die of leukemia, the shots clearly disobey the concept of perspectives. The juxtaposition of shots is very confusing. So there’s this long shot of Jimenez alone on her bed with the camera positioned on the left side of the room. Then, the next shot turns out as a medium close-up of her, but this time, the camera is situated somewhere on the right side of the room — without respect to the established scene’s framing and line of sight. This makes the already poorly chopped edit even more confusing, especially in terms of applying film language and providing a clear geographical reference and continuity to the scenes.

Shots don’t convey conviction on what the story is trying to say and most don’t look seamless in the edit. Some shots even look like rough cuts. For one, a school scene suffers from akwardly handled camerawork. The headroom and framing are problematic at times, especially by the middle and latter parts of the movie. For instance, Jean Garcia’s framing starts from her eyebrows or even her eye or nose already, which may be due to the production’s non-conformity to the cinema crop requirement for the film’s theatrical release version. Again, a problem with the projector may be considered, but since the said issue dosn’t always show up in the presentation, it is not due to the projector.

The movie’s ADR work is completely bothersome. It is often distracting, especially every time an actor or actress utters his or her lines out of sync — when post recording should have ideally corrected such issues already. This problem gets worse when watching the part of the picture where the last word heard from the dialogue would only show the immobile lips of the actor or actress.

The scene of Joyce walking by her knees at the aisle of the church is intended as a great acting moment for her, but poor dubbing ruins it. Her cries are totally out of sync.

The voice used to dub the part of the male doctor sounds more like Aga Muhlach. There’s actually no problem with the fact that he sounds like the renowned actor, but the problem arises when his line delivery turns out very unconvincing for a doctor character.

The production design for the Spanish era is convincing. The tribal people wearing G-strings deliver commendable portrayals. They contribute to the realism, as well as the mood and feel of being part of both the Spanish and tribal periods, in the story.

This motion picture’s story has potential, but unfortunately, its storytelling turns out as a complete disgrace to mainstream cinema — every single aspect of the production is poorly executed. Everything is wasted. The idea of miracles unfolding in the tale and the mystery behind the so-called miracles are quite interesting. Even building up the mysticism and mysterious elements in the material could have been a fine track to explore in the narrative. The emotionality involved in life and death may offer a lot of opportunities for effective storytelling. The “Birhen ng Manaoag” alone, through its rich spiritualist notions on the Filipinos with strong faith or the Filipinos’ fascination with supernatural phenomena and myth-making, can open up many possibilities for a compelling script. Further development of the story could have led to an intense or thought-provoking cinematic piece. Indeed, this movie is a complete waste of potential.